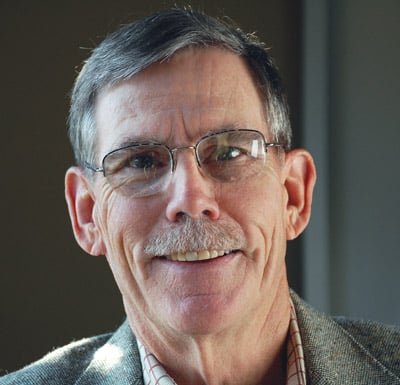 Perspective... From the CEO of New England Construction

The recent presidential election was the most contentious and divisive I have experienced in my 50+ years of following them.  It set new lows for civility, decency and veracity. About half of the voters were disappointed and many were outraged with the results.  This election continued the trend of both national and local politics of highly partisan positions on issues.  Polarization on both ends of the political spectrum is increasing and moderate views get lost in the noise of today’s media – both traditional and social.  To be sure, social and economic inequalities in our country exist.  They are amplified and scrutinized via social media which helps to promote polarization, anger and disenfranchisement. The history of our country is one of periods of internal turmoil and upheaval beginning with our founding during the American Revolution and reoccurring during the civil war, the labor reform and progressive movement under Teddy Roosevelt and others, the great depression, and the Vietnam War.  Through all of these periods, our democracy has continued to function as intended by our country’s founders.  During those times, we always had discourse – some civil and some not and time after time, we eventually came together as a society around moderate, centrist perspectives.  These perspectives have been based on shared values of honesty, kindness, charity, honor and respect for our fellow human beings.

As dismayed as I was over the lack of civility and respect and the disparagement and the mean-spiritedness of this past election, I am just as disappointed with the apparent refusal of many to accept the results and to give our democracy a chance to work.  What happened to balanced perspectives?  Can’t we all just take a deep breath and give it a rest?  All of us have real concerns about the future and we want to see some evidence that we are going to address the important issues facing our country.  Can we stop drawing lines in the sand even before the new administration takes office?  Why does the vitriol and nastiness of the campaign need to live on?  Can we have some faith that the balance of powers set forth in our constitution will work as designed and that the executive, legislative and judicial branches of government will get it right sooner rather than later?

I wish that we could all take a step back and give the government a chance to do its job.  There will be plenty of opportunities to express our views and support or challenge proposed policies and legislation.  Let our democracy work.  Let’s try to find some common ground.

Suscribe to our blog to check out more of David's perspectives. To Resolve or Not To Resolve... The New Year's Question! The Tyranny of the Inbox